What Is A Short Sale Restriction? (No Fluff, Just The Facts) 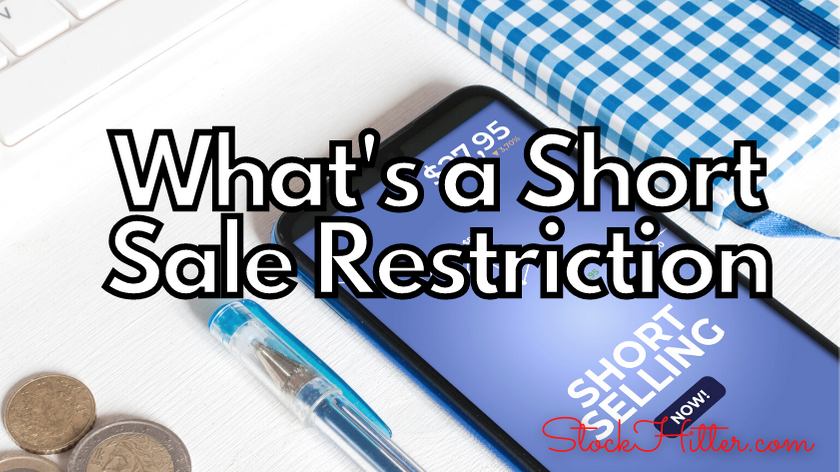 Knowing what you can't do when shorting is as important to keep your transactions clean and free of legal issues, in this post, I go into detail on the short sale restriction, and what you should know.

So you would like to engage in some good, old-fashioned, high-risk short selling. You've accounted for all the risks and requirements to perform short-selling successfully, now have decided that you still wanna test your luck and see if you have what it takes to trade alongside hedge fund managers and sophisticated investors. Good for you!

But before you start selling those borrowed stocks, you need to be aware of the things you can't do along with the things that you can.

Short selling has had quite a controversial history and there are still some people who see it as unethical. Though many economists agree that it's quite necessary to the lifeblood of the financial market, there are some rules and regulations to limit those who would indeed use short selling unethically.

Here are some of those rules and why they were implemented:

What is Short Selling In The Stock Market? 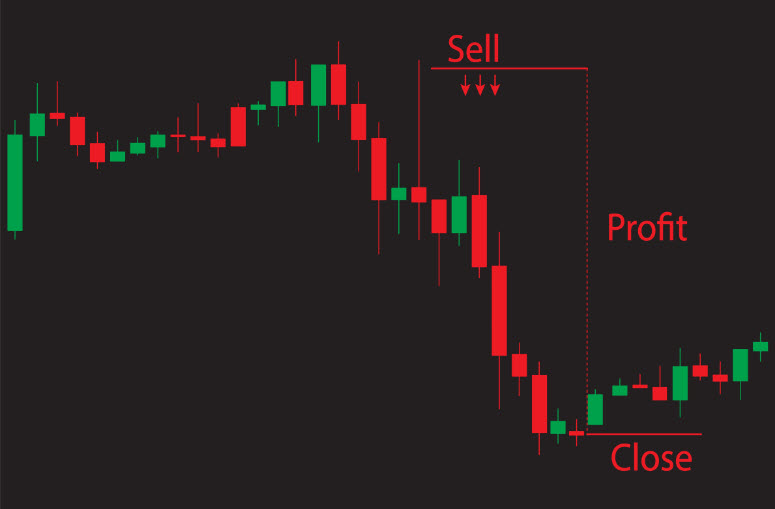 It would be difficult to make a person understand what a short-selling restriction if this person is unaware of what short-selling is.

In simple terms, short selling (or shorting a stock) is the practice of selling a borrowed stock its current market value with the full expectation that its price will eventually fall. When the prices fall, you can then buy the stock back for cheaper.

Say for instance you believe that the stocks of a certain company or conflated and, maybe with some intel or rumors, believe that soon its prices are about to drop.

Under this assumption, you borrow 100 stocks from this hypothetical company worth a total of $5000. You then sell these borrowed stocks for their market price ($5000).

After that, you wait and bide your time then your predictions come true and the value of the stocks you sold begins to fall. Once you feel they are at their cheapest, you buy the same amount of 100 stocks at the cheaper price of $3000.

Simple enough to understand, the catch is that short selling is a very risky position to take. Consider for a moment that the price of the stock you expected to depreciate never actually drops but continues to rise.

This means you not only sold stock for less than it actually worth, but you are incurring losses that might even lead you to owe some money to the brokerage you borrowed from. Congrats, you have successfully engaged in short selling.

Though short selling is a quick way to earn large sums and make the most out of a potentially bad situation, its losses can be infinite.

It all hinges on your ability to predict market outcomes correctly, that's why only seasoned investors engage in it.

Short selling works under your assumption that the value of a company's stocks is going to devaluate. You are banking on your prediction that the stock will, at some point, stop increasing in price, and go the other way -- getting cheaper and buying it back under its lesser price.

Once you understand this concept, knowing what the Short Sale Restriction means might come as something weird for you.

The old rule the SEC meant that an investor could not short a stock that was already declining in value. He or she can only short a stock that is on an uptick. This rule has been synonymous with short selling for 70 years since its implementation in the late 1930s.

The rationale was that one does not want to incentivize the wholesale downfall of companies. Speculation should be on companies who succeed and short selling was limited to only those that predicted a company to devalue, not a company already in decline.

Later in the mid-2000, shorting was repealed by the SEC and one could profit any way he or she liked from a companies downfall.

But then, a lot of economists came to believe that shorting without such restrictions contributed to the high levels of market volatility during the 2008 and 2009 financial crises. This brings up the 2010 alternative uptick rule, or simply known as Short Sale Restriction (SSR) which the SEC implemented and still stands to this day.

Today, the Short Sale Restriction means that one cannot short a stock that has lost more than 10% of its value compared to the previous trading session in one day. In order to be able to short on that stock, you would have to wait for the price to uptick again. 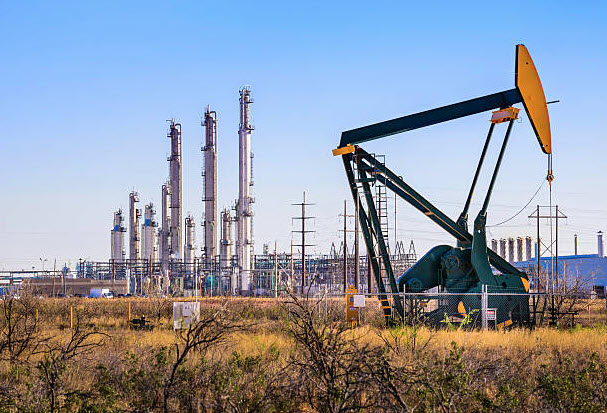 Why was the short sale restriction implemented?

There are conflicting studies about the efficacy of the short-selling restriction. Some believe it is just a cumbersome rule that prevents investors from exercising their investment freedoms and helps big corporations far too much.

The principle is that an investor should decide where his or her money is going to go and a company should be responsible for managing the value of its stocks and staying profitable.

On the other hand, short selling a stock that is already plummeted in price raises the concern of investors rallying to short their positions and exacerbating the companies peril even more. This creates a whole class of investors looking for companies whose stocks are on the decline and capitalizing on that decline -- creating a highly volatile market in turn.

This last point was one of the reasons economists attributed to the financial instability of the 2008s and 2009s.

The great financial crisis and the gigantic bailouts that ensued were enough for the SEC to consider limiting the practice of shorting to some degree. The Short Sale Restriction's reinstatement, albeit with some adjustments, is a by-product of that era.

It is simply a fact of being a trader that one needs to manage.

Imagine for a moment that there is a stock of a company you are considering too short on. Today, the price of that stock in the market closed at $100 each.

When the markets open the next day, you find that the price is now $90 -- it has dropped ten percent. This means that the Short Sale Restriction comes automatically into effect and the stocks cannot be shorted.

Once triggered, the rule will remain until the end of the next trading day. The only way the stock can be shorted upon is if the price of each stock rebounds to that which it was valued for before the restriction was placed. Otherwise, forget about shorting on that stock ever again because that company is on its way to bankruptcy.

Other Legal Restriction on Short Selling

One such aspect or technique or short selling that used to be widespread but is not deemed illegal is called naked short selling. Such a practice is extremely unethical, tantamount to fraud even, and could get you in serious hot water with the authorities.

Naked short selling occurs when a trader tries to sell a shorting position that does not exist yet. This means that the trader has not even borrowed the stock yet -- they are selling shares that they don't have yet or cannot confirm that they have. Investors use loopholes in the system to pull this off and discrepancies between paper and electronic systems of trading.

Investors do this extremely risky act because it offers quite high rewards without the cost of actually borrowing the stock. That being said, this practice damages the liquidity of security in the market and is akin to selling a product you don't actually have.

Now even with that, economists don't completely agree. Though short selling was a common practice by many of the financial institutions that brought about the 2009 Financial Crisis, some analysts maintain that it has positive applications too.

Some stipulate that naked short selling can signal price drops which, even if some of the stocks being unloaded do not exist, allows companies to shed actual stocks and rebalance the market.

Short Sale Restrictions are, for the foreseeable future, are just a fact that has to be lived with when trading in the stock market. Unless you're an economist or a market analyst, it's not likely to benefit to ponder the ethical or legal justifications for or against the different aspects of short selling.

What matter's for you intending to invest is that you know your boundaries and what's currently allowed. Doing so will let you trade safely and without anywhere of negative consequences other than that you willingly risked for yourself.

Another thing to consider is that short selling, and anything that has to do with short selling, is inherently risky and requires all your time and attention to execute properly. Do so only with proper research and having dealt with normal investment conditions as well. Other than that, happy trading!

Over the years I've reviewed DOZENS of Investment newsletters. As a result of this, I've also spent quite a bit of time doing reviews of my FAVORITE Stock & Investment Newsletters, which you can read below!

These are all created by experts at the VERY top of their game, and are 100% worth checking out! 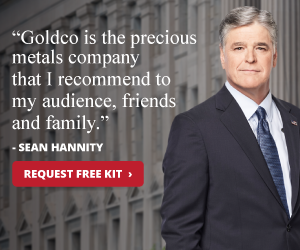